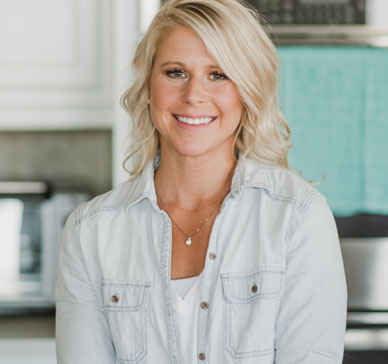 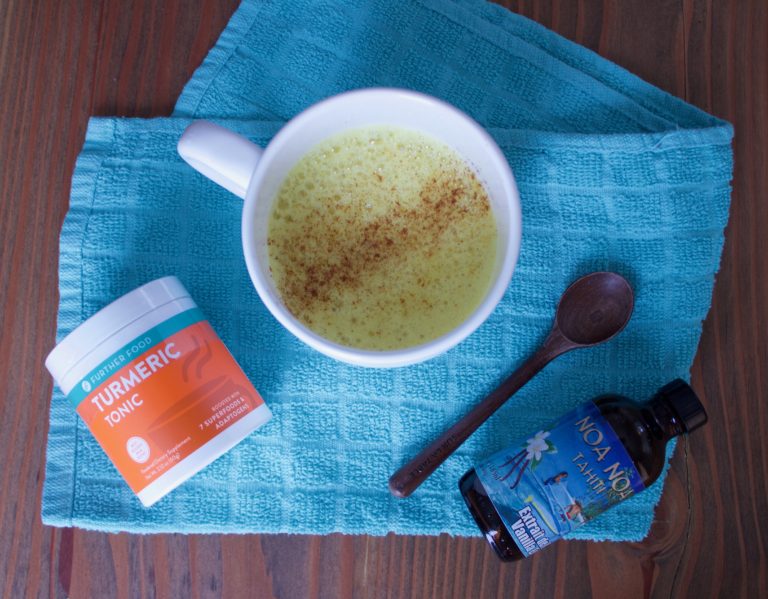 The following items are items that I personally use and recommend to make this recipe.

Order supplements through my Fullscript store

This easy golden latte made with turmeric has just the right amount of sweetness and spice. It also has antioxidants, isn’t that nice?

You could drink this golden latte before bed or have it as energizing morning beverage. It’s a great way to change things up especially during the colder months when a healthy hot beverage hits the spot.

Turmeric contains a wealth of health benefits and it tastes delicious when mixed into milk! This yellow drink that is loaded with spices and a little honey for some sweetness is so soothing and warms your body from the inside. It is a great drink to have about an hour before bed to naturally calm your body, making it easier to fall asleep. Turmeric is a super spice and having a glass of golden milk is a great way to incorporate the spice into your diet!

After having an amazing golden latte in Hawaii I was determined to recreate my own version of this turmeric beverage.  I highly recommend getting a frother  to blend all the amazing flavors. It’s been a beverage game changer. Also, upgrading to Tahitian vanilla extract is something I don’t regret, I even add it to my coffee and smoothies! It’s delicious and reminds me of our trip to Bora Bora. Try it out! 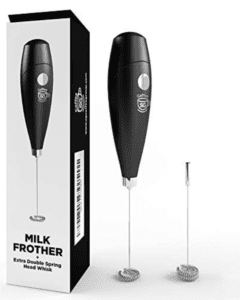 Turmeric:  contains curcumin, known to have powerful anti-inflammatory and antioxidant properties. Chronic inflammation contributes to many common Western diseases. Curcumin used in studies have shown it can suppress many molecules known to play major roles in inflammation.

Cinnamon: contains large amounts of highly potent polyphenol antioxidants. It adds flavor and just the right amount of spice to the latte.

Nut Milk: Nut milk provides a bit sweeter and nutty flavor which is delicious with this recipe! Almond milk also is typically lower in calories than dairy while still providing calcium and vitamin E!

Oat Milk: Oat milk is a good choice for anyone who is allergic or intolerant to dairy and/or nuts. It also can be a healthy option to lower saturated fat intake in your diet. It also contains multiple vitamins and minerals. I personally just love the flavor!

Hemp Milk: Hemp milk has heart healthy fats and is a plant-based milk. Hemp is considered a complete protein. It’s a good option for those who avoid soy, lactose or gluten.

Want to try making your own homemade nut milk or vanilla syrup! Check out my recipes below!

Get Tasty Diet and Nutrition Tips in Your Mailbox